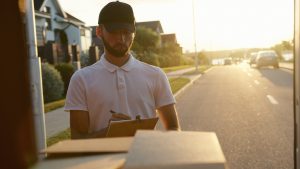 Benbrook Movers: Things to Know before Moving to Benbrook Texas

Before moving to this simple but beautiful city with the help of leading Benbrook Movers, learn why it’s a great decision in the first place.

The city of Benbrook is located on the southwestern tip of Tarrant County, Texas. It is a suburb of Fort Worth. It is the 122nd largest city in the state.

It was established in 1857 as a community by settlers arriving over from Tennessee and other southern states. It was known as Miranda only to be renamed as Benbrook in 1876 for James N. Benbrook. James Benbrook was a native of Indiana who persuaded Texas and Pacific Railway officials to extend their line through the settlement boosting its prospects. By 1880, Benbrook had its own post office.

Population and Employment in Benbrook TX

Estimated population below the 24,000 mark with a handsome enough distribution of the populace for peaceful but safe living even for families. The overall median age is around the 43 years mark.

More than half the population earns a median income for a family of above the $65,000 mark, measurably higher than the national and state average, while the median rent rate was below the $900 mark (per month.)

The most important industries include management & enterprising, manufacturing, mining, quarrying, gas extraction, oil among others. The largest employing industrial sector is manufacturing, and the highest paying is Utilities.

Things To Do in Benbrook

You can check out the best places for entertainment around Benbrook and Ft Worth right here below. Refer to their Facebook page too.

Benbrook is one of the most well progressed cities in Fort Worth and Texas with multiple educational, professional and recreational facilities. Moving to this bustling yet happy city can be a great choice for the family or the working single individual.

Contact us for on-phone or in-home free estimate for your packing, moving needs & more!